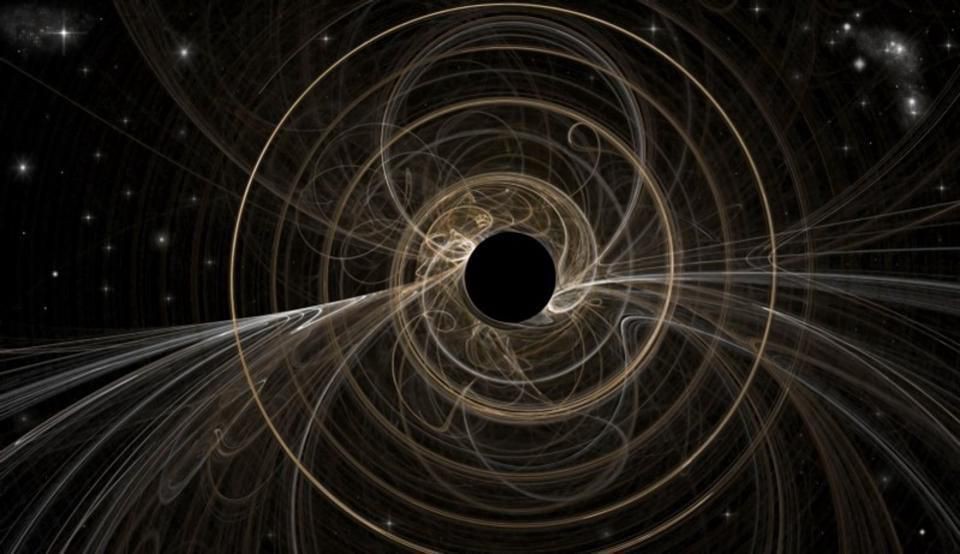 Science says Employ Mindset of Paradox. According to research, embracing contradictions can help one become more innovative, which may lead to greater success. A paradox is essentially a disagreement between two well-established theories. Throughout history, paradoxes have challenged almost everything we know even while reshaping our perceptions. Without an issue or a need, there can be no progress.

“In space no one can hear you scream;
And in black hole,
No one can see you disappear.“

It was figured to unify all theories and forces. Because it is a probabilistic theory, it cannot be used to predict what would happen accurately. In quantum theory, this isn’t true makes no sense. This is why Einstein was so vehemently opposed to the theory, and he famously stated, “God doesn’t play dice.” One consequence of this is that information is never truly lost or copied; at the very least, you can always determine how a system began (its initial state) from complete information about how it ends (its final state).

Gravity is viewed as a direct consequence of the distortion of space and time. The Theory of Relativity is not a probabilistic theory like Quantum Mechanics; it foresees exactly what will happen rather than probabilities for various events to occur. It is well understood that black holes are formed by extremely compact and massive objects. Gravity becomes enormously strong in their vicinity, strong enough to vastly deform space-time, with the result that any object that came too close and enters the black hole’s horizon — a surface of no-return — can never escape.

What is Event Horizon?

A black body’s horizon is not a physical location that can be seen, but rather a location/boundary beyond which escape is unattainable. A well-known analogy is a boat approaching a waterfall. Once the boat passes a no-return curve, its engine will be unable to fight the current and will inevitably sail away. However, the captain of the boat will not notice this border; its significance will become clear only when the captain attempts to avoid disaster. Similarly, when crossing the horizon in GR, one observes nothing; it is only when attempting to escape the black hole that one recognises — oops!! [1]

What do we mean by ‘Information’?

That being said, if we believe that information came out in the form of Hawking radiation, this is physically impossible because information cannot come out of a black hole due to its enormous gravity. Of course, it’s plausible that our understanding of quantum theory is incomplete, and that the physics of black holes pushes us to broaden that theory, much like Einstein did with his theory of relativity. And Hawking held this belief for 30 years. Many scientists, nevertheless, believed that General Relativity, rather than Quantum Mechanics, required an upgrade. [2]

In 1992, a proposal known as “complementarity” was made, implying that information could be both inside and outside the body without infringing quantum theory. The spectator is outside the blackhole and sees information on the horizon. And the information is released in the form of Hawkins radiation. And there is no paradox if an observer falls into a black hole and sees information inside the black hole because two observers cannot communicate. If this theory is right, Quantum Mechanics, but not General Relativity, require an upgrade.

However, this has yet to be proven, and it requires strange things to be true in order for the theory to be precise. One of the strangest of these is ‘holography.’ The notion is to consider the the inside of a blackhole in 2D rather than 3D because gravity does not play a role in 2D as it does in 3D. Complementarity necessitates that everything that happens inside a black hole can be described just as well as if it were happening outside the black hole. As strange as it may sound, string theory (a theory that is a quantum generalisation of general relativity and is a candidate for a theory of the laws of nature in our universe) is actually equivalent to a quantum theory in some situations without gravity and with fewer dimensions. This relationship, known variously as “AdS/CFT” or the “field/string” correspondence.

The success of holography gave additional credibility to the complementarity idea. Furthermore, the field/string correspondence allowed for a very strong argument (perhaps a proof?) that small black holes can form and evaporate in the string theory via a process that can be described by the corresponding quantum field theory (though not explicitly) — and which, therefore, as in all processes in any quantum theory, does preserve information! By 2005, even Hawking had come around to this point of view — that in fact, as the complementarity proposal had suggested, we do not lose information in black holes, and that general relativity, but not quantum theory, must be modified.[3]