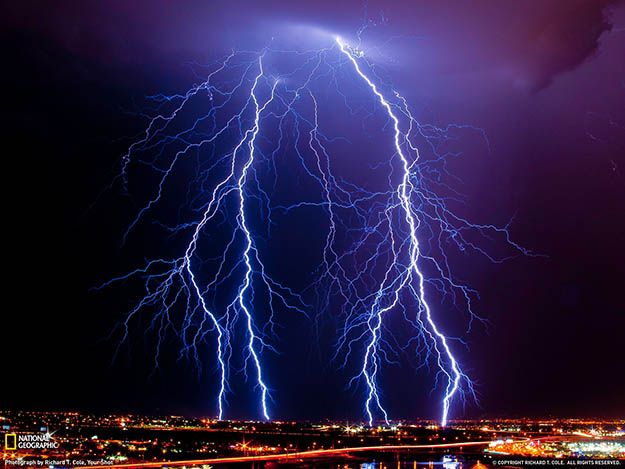 What is an electromagnetic pulse?

An electromagnetic pulse (EMP) is a brief burst of electromagnetic energy. It is also known as a transient electromagnetic disturbance. The source of such a pulse can be natural or man-made. It can manifest as a radiated, electric, or magnetic field or a conducted electric current, depending on the source. EMP interference is generally disruptive or damaging to electronic equipment at higher energy levels. A powerful EMP event like a lightning strike can cause physical damage to objects like buildings and aircraft structures. If a human gets in contact with this stronger EMP, this will affect the human brain and its neural network.

How adverse is EMP?

An EMP can comprise energy components across a wide range of the electromagnetic spectrum, from very low-frequency radio to ultraviolet wavelength. The consequences of an EMP can be severe. The EMP event occurs regularly in the Sun and other stars, though with less strength. If the EMP is extremely powerful, it will reach the earth’s surface and damage infrastructures such as communication systems, electrical infrastructure, radio and television broadcasts, and much more[1].

Electromagnetic pulses are similar to electromagnetic radiation which is generated for only a short span of time. It may span across a wide range of frequencies. EMP interference is already generally disruptive to electronic equipment at very low levels, such as causing corrupted data and crosstalk between wired media. The electromagnetic pulse has the following general characteristics:

The electromagnetic pulse energy normally consists of varied DC frequencies up to a certain upper limit that is dependent on the source. The range may be characterized as the EMP, also known as DC to daylight, omitting the highest type of frequencies, which include the optical and ionizing ranges.

As shown in the diagram, most of the pulses are said to have a very sharp form of leading-edge, built quickly up to a maximum level. However, the double form of the exponential curve, also known as the classic model, climbs deeply and also quickly reaches the peak and then tends to decay slowly.

Different types of Electromagnetic Pulse arise from the man-made and natural, and also the weapons effects. Types of different natural pulses event that occur includes:

Let’s look into the functioning and electrical activity of Neurons:

Our upper body has the brain, spinal cord, and nerves all contain nerve tissue. It is in charge of coordinating and controlling many bodily functions. It stimulates muscle contraction, raises awareness of one’s surroundings, and plays an important role in emotions, memory, and reasoning. To do all of this, cells in nervous tissue must be able to communicate with one another via electrical nerve impulses. Neurons or nerve cells are the cells in the nervous tissue that generate and conduct impulses.

● The central nervous system (CNS) consists of the brain and the spinal cord. It is in the CNS that all of the analysis of information takes place.

If you think about the roles of the three classes of neurons, you can generalize that all neurons have three basic functions. These are to:

1. Receive signals (or information).
2. Integrate incoming signals (to determine whether or not the information should be passed along).
3. Communicate signals to target cells (other neurons or muscles or glands).

Cells rely heavily on biochemical signaling pathways to exchange and process information. Because these pathways are not well suited for rapidly transmitting signals over longer distances, neurons use the electrical activity in addition, taking advantage of the energy stored in electrical gradients across cellular membranes.

These gradients are caused by the uneven distribution of ions between the intra- and extracellular spaces as a result of the ongoing activity of ion transporters and pumps, as well as the fact that the membrane is semipermeable for certain ions. The resulting membrane potential enables fast ion flow across cellular membranes via specialized classes of membrane-spanning proteins known as ion channels.

Some of these channels are voltage-gated in neurons, resulting in an electrical feedback loop that can create stereotyped, regenerative depolarizing responses. Voltage-gated channels mediate action potential generation and conduction, as well as transmitter release, at the synapse.

How does external electrical impulse affect the Nervous System?

Electromagnetic pulses (EMPs) are a form of electromagnetic radiation that causes a variety of biological effects. EMP has a high sensitivity in the neurological system. Sodium and potassium ions surround the nerves in our bodies. The electrochemical action of ions interacting through nerve membranes causes neurons to release chemicals that affect other neurons and cause the body to respond. The electrical movement of neuron action is caused by chemical interaction.

The potential for EMF exposure to harm the central nervous system (CNS) has been extensively discussed. The CNS is sensitive to electromagnetic radiation, and pathological damage and neurobehavioral disorders are observed after the EMP exposure. The research has shown that the non-thermal effects of EMF exposure can cause cellular changes. Furthermore, EMF can cause histopathological damage and oxidative stress by increasing reactive oxygen species (ROS) and reactive nitrogen species (RNS) in organs[3].

An electromagnetic pulse (EMP) causes central nervous system damage and neurobehavioral disorders. The cerebral cortexes of EMP-exposed can present neuronal abnormalities, which can affect the learning and memory deficits caused by EMP exposure. EMP radiation-induced brain damage by inhibiting neuronal oxidative stress and apoptosis. It is unknown whether the non-thermal effects of EMP can induce short-term histopathological damage and ultrastructural changes in cerebral cortex neurons. A strong enough EMP will have a huge effect on the cognitive strength of the left side of the brain. The EMP will short circuit the logical circuit because it interferes with the neurons[4].

Although an electrical charge is involved, the signals between neurons are transmitted chemically rather than electrically. As a result, the signals travel at a rate of less than 100 m/s (meters per second). An electric current in a wire travels at nearly the speed of light—186,282 miles per second (299,792,458 meters per second). The signals between neurons are chemically passed, not electrically passed. If we were exposed to solar winds and radiation from the sun, it would disrupt those neurons and have a negative impact on our metabolism.

How much EMP can the body take?

It’s entirely dependent on the strength of the EMP. Humans are not very conductive, the resistance inside our body limits how currents can change. Thus, mutual inductance is not an issue. The chemical ion gradient creates a charge difference between the inside and outside nerve cells with a specific voltage across a typical neuron measured at -70mV[2].

Our bodies can withstand a 100 kV/m EMP spike from a nuclear bomb so it takes a much larger spike to cause a noticeable effect on the body. an EMP going off at 25 kV/m does not affect the human body whatsoever. If the exposure of 400 kV/m EMP induced cerebral cortical neuronal damage and degeneration, apoptosis, and cognitive impairment.

Electromagnetic pulses can adversely affect a human body and can damage the nervous system. To cause damage would require a sustained magnetic field that is constantly increasing in magnitude, thus causing current flow for at least a few milliseconds. But then, this would no longer be a pulse. This is why an EMP is far less dangerous to the human body than a powerful solar storm from the sun.

A PRIMER ON MAGNETS