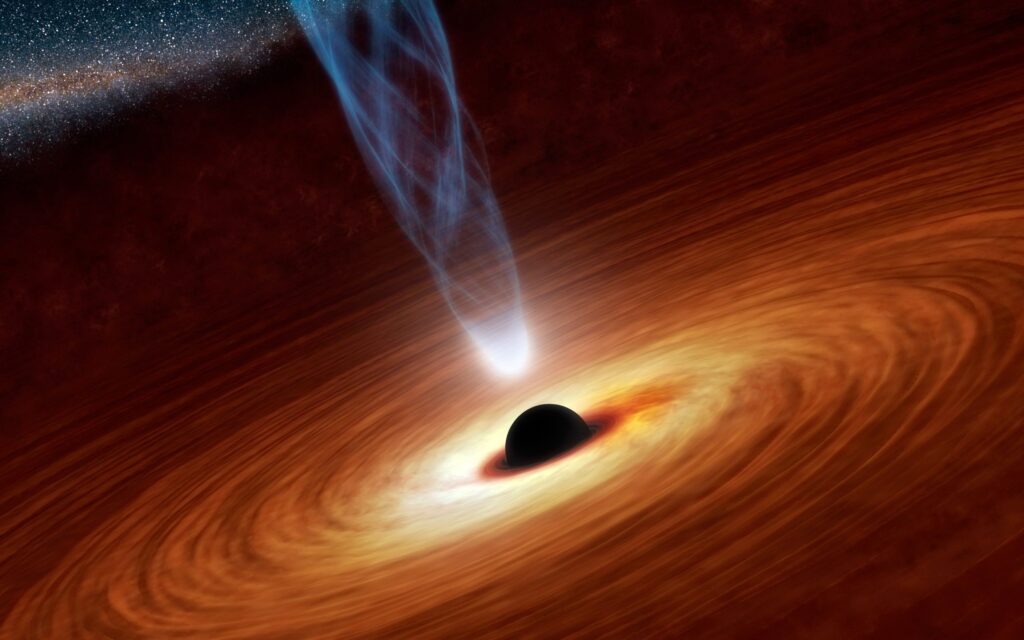 For a very long time, it was thought that a black hole only absorbs radiations but this view was changed when Stephen Hawking showed in one of his papers in 1974 that a black hole also emits a special kind of radiation and these emitted radiation results in the black hole slowly losing its mass and eventually evaporates. Now the most obvious question is how does a black hole emit radiation?

According to Stephen Hawking, black holes are not completely black. The quantum theory says that fields cannot be exactly zero even when there is a vacuum. This is proved because if they were exactly zero then it would have an exact position and an exact value of velocity which we can measure at the same time which would be against the uncertainty principle which says that we cannot accurately measure the position and velocity of a sub-atomic particle at the same time[1]. So, what we call a vacuum is not a vacuum in a quantum level. Then what happens? There is a constant bombardment of matter and anti-matter (virtual particles). Now if this happens in a flat spacetime then everything is fine, but things change when they happen near the event horizon of a black hole. Near the event horizon, the anti-matter gets sucked in due to the extreme gravitational pull and the other gets emitted out. Now as an anti-particle has negative energy, the black hole must compensate the energy conservation theory and as a result, it loses energy along with its mass, and this phenomenon generates a specific temperature given by.

M= Mass of the black hole

To someone very far away from the black hole, it seems like the black hole is radiating out real particles and this is what is called the Hawking Radiation[2]. Stephen Hawking found out that the emitted radiation from the black holes behaves exactly like radiations from a black body and have the same type of graph.

Now, Stephen Hawking said that this interaction of virtual particle near the event horizon gives rise to Hawking Radiation. He used the Unruh Effect which says that a vacuum will not be a vacuum if an observer is in motion, rather he will observe a warm bath of particles. These particles are the virtual particles because they do not actually exist until and unless they get separated enough from their respective anti matter. Almost all of them annihilate to form electro-magnetic waves but they get separated when the black holes suck in the anti-matter and an observer far away observes real particles emitted as hawking radiation.

How Hawking did it?

It requires quantum mechanics and the general theory of relativity but to be precise it needs the concept of quantum gravity and the theory of everything (yet to be proved) to be accomplished. So, how did Hawking prove it? Stands out that he used some “Hack”, mathematical hack to be exact, like the Bogoliubov Transformation. This mathematical tool was engineered by  Nikolai Bogoliubov himself in the context of superfluidity. The other theory Hawking used is the Unruh Effect, where any accelerating observer observes a warm bath of ions instead of vacuum which will be observed as a vacuum for a stationary observer.

Stephen Hawking’s breakthrough discovery led to some paradoxes and questions like “Why only anti-matters gets sucked in?” and “What happens to the information of a body when it falls in a black hole?” This is the most famous paradox in physics, “The Information Paradox”. Recently, this paradox has been resolved almost after fifty years after its start. Physicists now say with confidence that information does escape a black hole, particle by particle, the information needed to reconstruct the whole object[3]. Want to know more about stuff like this? Then hit the “Yes I’m Curious” button and follow our social media accounts and subscribe to our YouTube Channel