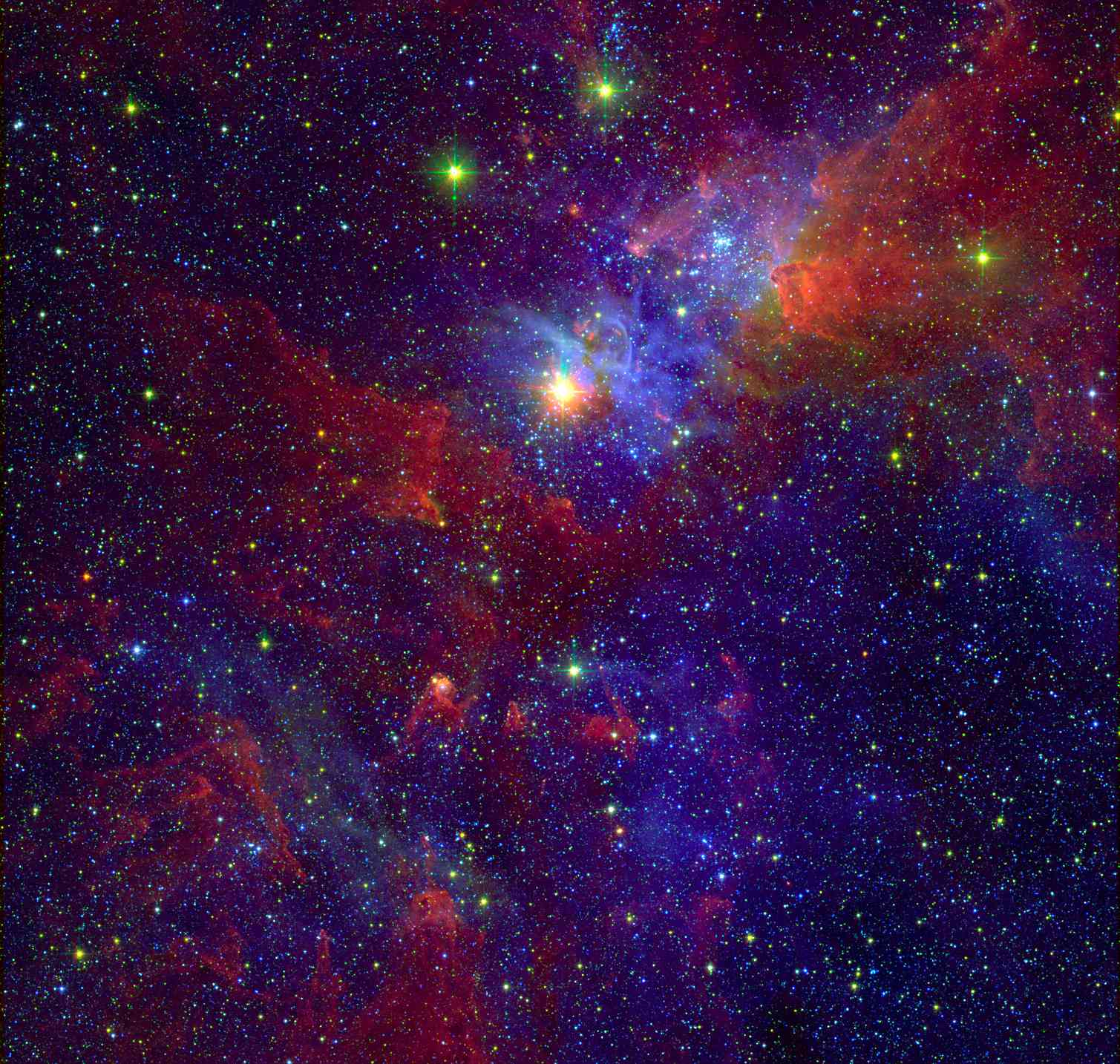 “I was quite sure they’d made a mistake admitting me, they’d discover their mistake and throw me out,” she recalled. “But I was a bit of a fighter and said that until they throw me out, I will work my very hardest so that when they do throw me out, I won’t have a guilty conscience. I’ll know I’ve done my best,” said Jocelyn, a student at the University of Cambridge besieged by an imposter syndrome and the feeling that she didn’t deserve to study at Cambridge. But it was her who went on to discover one of the most mysterious yet beautiful phenomena witnessed in the celestial bodies.

Jocelyn pursued her Ph.D. under Anthony Hewish, an astronomer who was in search of Quasars. To do this Hewish scanned the sky for radio waves emitted by them and for which he needed a new radio telescope. Jocelyn got the job as she was sharp, willing, and extremely capable of building a telescope that basically looked like a field full of wire fences. She used the telescope to discover 100s of Quasars by reading paper readouts. Jocelyn saw a “squiggly stretch of data occupying less than a quarter-inch” on her paper. The signal was visible in data taken earlier, but it took her three months to find this information as papers had to be checked by hand. She immediately noticed that this signal was very precise with a rate of about one pulse every one and a third second and was coming from a specific part of the sky. She took it upon herself to solve this cosmic mystery.

Higher-speed recordings made in November 1967 revealed that Jocelyn Bell Burnell had captured a repeating string of radio pulses. Hewish temporarily named the signal ‘Little Green Man 1 (LMG-1)’ as he was sure that the signal was artificial, but Jocelyn knew it was legitimate. Soon, she’d found a second pulsating object, and then a third, and then a fourth, which resolved the question of whether she’d discovered a natural, precise cosmic clock or an alien beacon. The objects came to be known as pulsars, and it took several months before they were identified as spinning neutron stars (which were still largely hypothetical objects at the time)[1,2] Today, Pulsars are an important tool in any astronomer’s toolbox.

Fig 2: A radio signal that discovered the existence of Pulsar

The word “pulsar” is a blend of the words “pulsating” and “quasar.” A Pulsar is a core of a star that collapsed into a neutron star. Pulsars spin very rapidly and have strong magnetic fields. This magnetic field produces a thin yet strong EM wave that is shot into space. This causes the pulse pattern which we see as blinking in the sky. Pulsars keep incredibly precise time, which makes them valuable instruments for measuring time at astronomical levels. As they spin, they emit radio waves from the magnetic poles and any small change in the duration can help detect gravitational waves. This radiation can be observed only when a beam of emission is pointed toward the Earth (similar to the way a lighthouse can be seen only when the light is pointed in the direction of an observer), and is responsible for the pulsed appearance of the emission. A pulsar’s magnetic field is usually trillions of times stronger than the Earth’s. These powerful magnetic fields are actually high-energy particle accelerators with so much power that they generate relatively bright gamma-ray radiations.

Fig 3: Neutron star with EM burst coming out of poles and magnetic field

How do pulsar pulsate?

When a star is on its deathbed and its core runs out of fuel for fusion, it collapses into a supernova. As this transacts very fast, a large amount of energy is released. The outer layer of the star is stripped off and thrown into space. The neutron star retains most of its angular momentum, but the moment of inertia is sharply reduced. Radiation is emitted along the magnetic axis and not the rotational axis. This misalignment causes the beam to be seen only once during each cycle which in turn makes it look pulsating.

How are pulsars classified?

There are three types that we know, separated based on their source of power and their electromagnetic radiation:

Though all three classes are neutron stars, their observable behavior and physics are different, albeit they share connections. X-ray pulsars are one of the oldest rotationally-powered pulsars. Millisecond pulsars tend to live for billions of years, thus they are the oldest known pulsars. Many of them have been discovered in globular clusters, which long since stopped their neutron star formation for billions of years.

What are the applications of Pulsars?

Pulsars are the only places where astronomers can study neutron stars. They can be used as a map to position the Sun with respect to 14 pulsars. As pulsars have unique and very accurate timings, their position both in space and time can be calculated. The periodic X-ray signals emitted from pulsars are used to determine the location of a vehicle, such as a spacecraft in deep space, this is called Pulsar Navigation[4]. As pulsars have very accurate pulse periods ranging from nanosecond to a fraction of a second, they are precise clocks[5]. The pulses from Millisecond Pulsars (MSPs) are used as a system of Galactic clocks. Disturbances in the clocks are measurable on the Earth. A disturbance from a passing gravitational wave will have a particular signature across the ensemble of pulsars and will be thus detected.

[2] Encyclopedia.com. The Discovery of Pulsars.