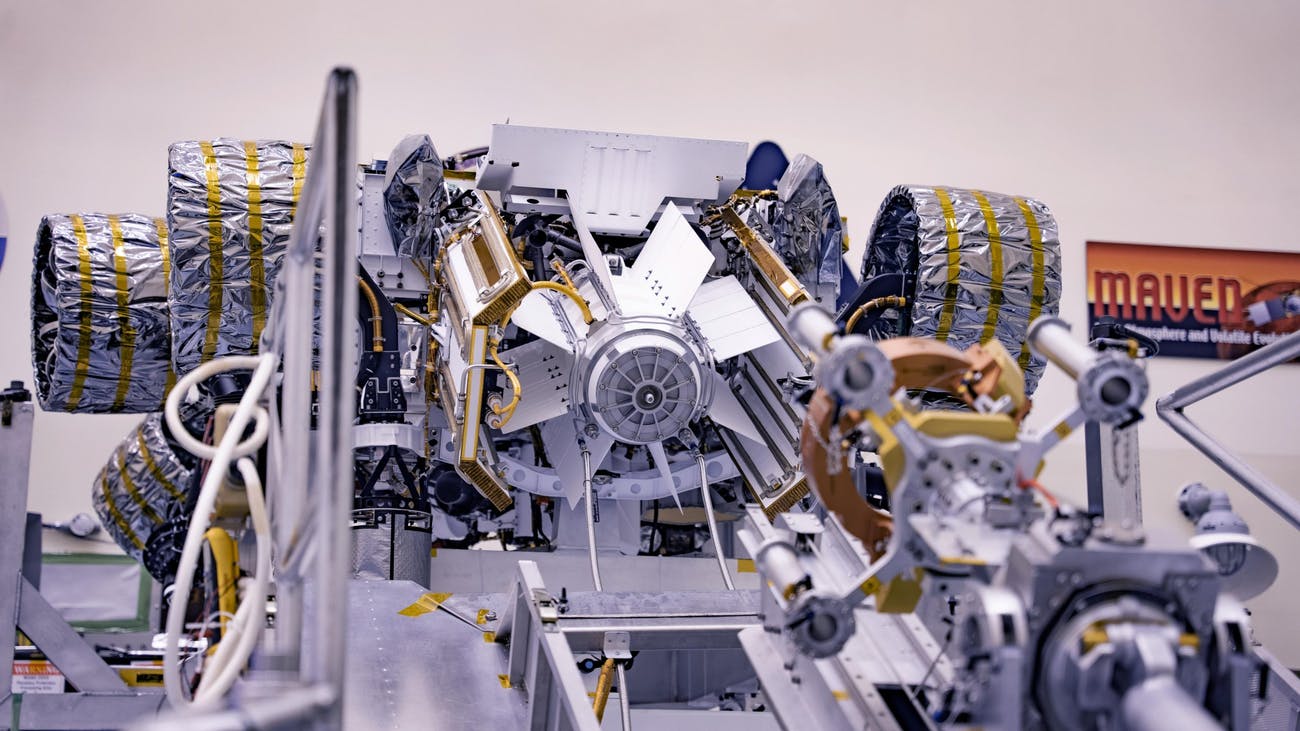 Space travel missions involve the use of power systems that are supposed to be safe, reliable, and long-lasting so as to provide electricity and heat. Satellites and spacecraft powering batteries must be robust enough to withstand the strong launch vibrations, extreme physical conditions, environment, and temperature without leakage or bursting, and must be operable under vacuum. Different types of batteries are available like Carbon zinc, lead-acid, nickel-cadmium, nickel-hydrogen, silver zinc, alkaline, and lithium-ion to name a few.

Battery failure is particularly dangerous in such high-risk conditions, hence, there has been much more research, testing, and development on these compared to other batteries.

The Radioisotope Thermoelectric Generator (RTG) – essentially a nuclear battery that converts heat reliably to electricity is a flight-proven power supply.

NASA and the Department of Energy (DOE) developed the new generation of such power systems for various space missions. The latest RTG was designed for use in Mars and space vacuum and is known as the multi-mission thermoelectric generator (MMRTG).

How do MMRTG Batteries Work?

RTGs work by transforming heat into electricity from the natural decline of radioisotope matter. Two major components consist of RTGs. The heat source contains plutonium 238 (Pu-238) and solid-state thermocouples. This converts the decaying heat power of plutonium into electricity.

Converting heat directly into electricity is a scientific principle. German scientist Thomas Johann Seebeck discovered it about a hundred and fifty years ago. It was observed that electrical voltage is generated by connecting two different, electrically conductive materials in a closed circuit with the joints at different temperatures. These thermoelectric pairs of connections are called thermocouples.

Lithium-Ion (Li-Ion) batteries have high efficiency, low cost, high capacity, lack of memory, and long cycle life. These are the reasons that Li-Ion batteries have become the main means of energy storage for off-grid solar products.

They have a long cycle life (unlike Nickel-Cadmium (NiCd) and Nickel Metal Hydride (NiMH) batteries) and do not suffer the high level of auto discharging and memory effect. Li-ion batteries do not contain any toxic heavy metals, contrary to sealed plum acid (SLA) and NiCd.

Li-ion systems need to be designed correctly to achieve good performance and to avoid serious safety risks such as fires or explosions. These can be caused by overload, overheating, short-circuiting, or damaging a charged Li-ion battery. To steer clear of these proper designs and testing should be implemented.

How do Lithium-Ion Batteries Work?

Lithium-ion batteries belong to the battery group generating electrical energy through redox reactions in an electrically connected electrochemical cell i.e. negative (anode) and positive (cathode) electricity and a chemical called an electrolyte in between them.

Lithium-ion batteries can be further divided into primary (non-rechargeable) and secondary (rechargeable) batteries depending on their ability to be recharged by applying an electric current. In standard lithium-ion batteries, Li-ions are shuttled into a graphite-based negative electrode according to the “rocking chair principle” (generally a layered metal oxide transition).

In this, energy density and power density are the most common characteristics of the battery. Generally, the energy density measures in watt-hours per kilogram (wh/kg) and is the amount of energy the battery can store with respect to its mass. Power density measures in watts per kilogram (W/kg) and is the amount of power of the battery with respect to its mass[2].

Why Lithium-Ion Batteries are not used in spacecraft?

Lithium-ion cells are not as robust as some other rechargeable technologies. They need protection against being charged and discharged too far to keep the current within safe limits. Different cells may require different levels of charge.

Lithium-Ion Batteries require charging after every use. This is not ideal for longer space travels. Because as the spacecraft or satellite travels away from the sun it is difficult to charge the batteries due to the “Inverse Square Law”. As the spacecraft moves twice the distance away from the sun it will receive only one quarter of the solar energy. These batteries are only ideal for the inner solar system.

The fact that lithium-ion batteries are ageing is one of the major disadvantages for the space program. It depends on the number of charging cycles that the battery experiences not only this time or previously. Often only 500-1000 batteries can resist discharge cycles before their capacity falls. So, batteries may need replacement after a while, and it may be a problem if they are integrated into the equipment.

While lithium-ion batteries are available for many years, some still can be regarded as immature technology, as they are a very developing area. This may be a disadvantage as the technology is not constant[3].

What are the Reasons to use MMRTG Batteries in space travel?

The most popular choice for spacecraft traveling within the inner solar system was traditionally solar arrays. Only one-quarter of the solar energy will be given to a craft twice as far from the sun. Around the Earth, there are 1,374 Watts/m2 of sunlight, but 50 Watts/m2 near Jupiter and 1 Watt/m2 near Pluto. We might have reached Jupiter using solar power on “Juno Mission” but further exploration is not yet realizable, and therefore MMRTG batteries are preferred over solar arrays.

RTGs do not rely on sunlight for energy, they are not subject to the drawbacks of location-dependent operation or the large size of solar arrays. RTGs will continue to produce electricity as long as the radioisotope is active, regardless of its distance or orientation from the sun. The fact that RTGs are self-heating and have no moving parts adds to their longevity, allowing them to survive the harsh conditions of space and planetary surfaces with low levels of risk.

An RTG’s lifetime is thus limited only by the half-life of the fuel source, with power output decreasing by a small fraction each year due to radioactive decay. The MMRTG has a modular design flexible enough to satisfy the needs of a wide range of missions. It generates electrical energy at a rate of 110 watts at launch, in smaller increments than previous RTG generations. For example, NASA’s Multi-Mission Radioisotope Thermoelectric Generator (MMRTG) has a minimum guaranteed lifetime of 14 years.

Nasa’s perseverance rover is based so closely on the RTG-powered curiosity. According to NASA, the MMRTG aboard Perseverance is only about 25 inches in diameter, 26 inches long, and it weighs about 99 pounds. Perseverance will use about 10.6 pounds (4.8 kg) of plutonium dioxide. The system also includes two lithium-ion rechargeable batteries to meet peak demands of rover activities when the demand temporarily exceeds the MMRTG’s steady electrical output levels[4].

Lithium-Ion batteries have several drawbacks for space trace travel compared to the RTG. Lithium-Ion batteries are not the primary source of power for space travel as they can only be used in small equipment or to meet the peak demands of the other batteries. In addition, they need charging due to discharge. RTGs are self-sufficient as they continuously generate power for longer durations of time due to atomic reactions, like in nuclear power plants. This along with its compactness makes it ideal for space travel.