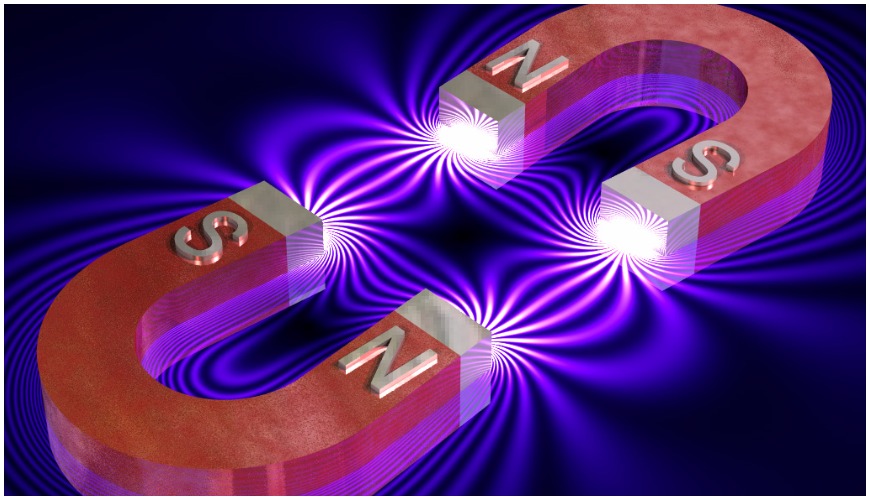 In this post, I will be talking about magnets, magnetic properties and will answer some fascinating questions like, from where the magnet gets its magnetic characteristics? how can we make a permanent magnet? does magnetic monopole exist? etc.

According to Greek legend, magnetism was first discovered by a shepherd named Magnes, who lived in Magnesia, Greece. Magnes was herding his sheep through the mountains. Suddenly he noticed the ferrule of his stick and nails in his sandals got stuck to a rock. The iron in his stick and nails had become attracted to the magnetic rock. The stone was named as magnetite, after the name of the shepherd or the country it was found in. It was also known as loadstone because of its attractive properties. Magnetite is one of the three natural occurring oxides of iron. It gets attracted to magnets and can be easily magnetized to form a permanent magnet. Naturally magnetized pieces of magnetite are called loadstone.

So as we now know where the word ‘magnet’ came from, let’s dig deeper into magnets.

What is a Magnetic Field?

You cannot see or touch this field under normal conditions but you can observe its effects on an object, example needle deflecting when a current is passed through a wire, a metallic object being attracted, like poles of bar magnet being repelled, etc. Electric currents produce magnetic fields, thus, we can define a magnetic field in terms of electric current that generates it.

This is the Ampere’s law in its most general form.

What’s the Origin of Magnetism?

Hope you liked this post and would be sharing this with your friends and colleges. Kindly subscribe to this blog and stay tuned for my next article in which I will be explaining different types of magnetism, some more information on the microscopic roots of magnetism and how can we make a permanent magnet?