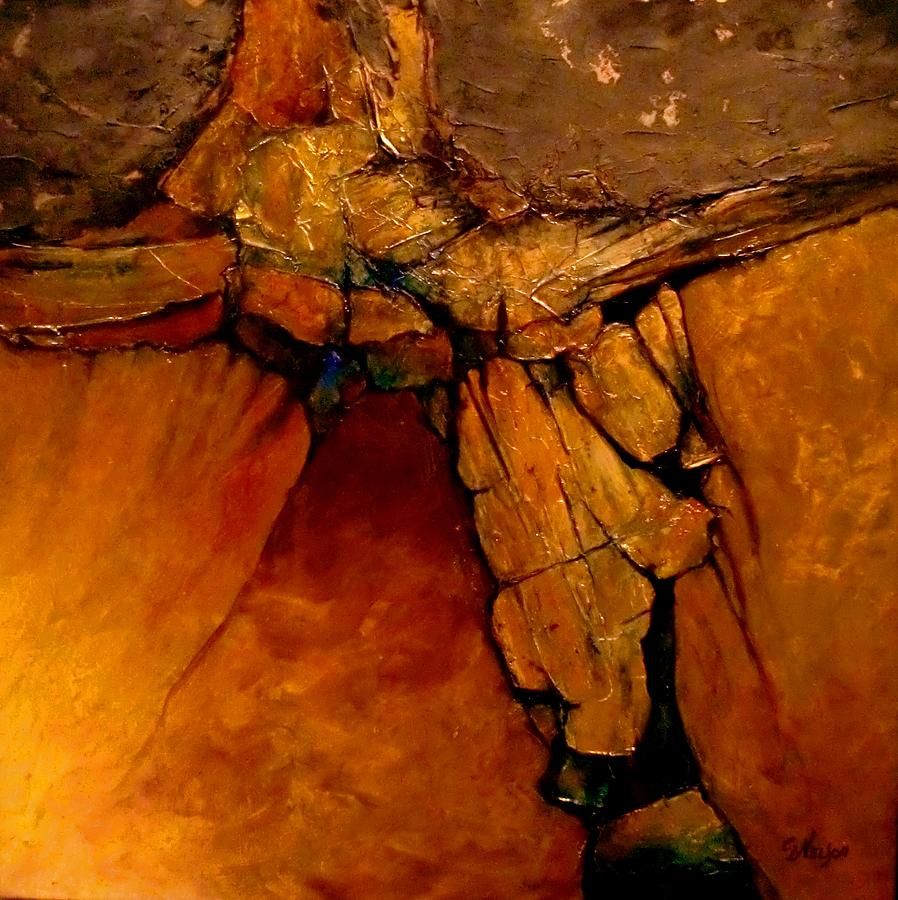 In ancient Greece, there was once a powerful king Midas, who had a beautiful little daughter named Marigold. He had all of the world’s extravagances and treasures, but he craved for more. He often spent days counting gold and believed that true happiness was found in wealth.

One particular morning, while he was counting his gold coins, a Greek God appeared in front of him and, like a genie, granted him a wish. Readily, King Midas wished that everything he touched would turn into gold. The Greek God granted his wish and then vanished. King Midas went to the riverbank to wash his hands, and when he saw gold flowing through the river, his happiness knew no bounds. But later that afternoon, when hungry he couldn’t eat anything as everything would turn to gold, and to his misfortune, he touched his daughter, who turned into a gold statue. At this point, the king understood his mistake and asked the Greek God to restore everything to normal. [1]

A gold atom’s nucleus consists of 79 protons, 118 neutrons, and 79 electrons around the nucleus in the form of an electron cloud. The number of electrons and their arrangement in the electron cloud are responsible for the electrical, magnetic, and chemical behavior of atoms. Gold usually has only one valence electron.

Gold is highly conductive, meaning electricity and heat can easily flow through it with minimal resistance. Metallic gold has a crystal structure that is a face-centered cubic (FCC) which is responsible for its high ductility. The atomic mass and crystal structure make gold dense, with a density of 19.3 g cm-3 (3.5 times that of the Earth). Pure gold has a melting point of 1064 °C. It is malleable and very bright. [2]

As we know, changing the number of protons, neutrons, and electrons, causes the atom to change and a new element to form. To transform non-gold objects into gold objects, we must drastically alter these three parameters.

If Midas touches a bird, lighter elements such as hydrogen, carbon, and oxygen gain electrons, protons, and neutrons, resulting in gold atoms. This makes the bird 33 times larger but also about 20 times denser. Because electrons are already in an FCC structure with a packing efficiency of 74%, they are very close to each other and thus repel angrily (as both are negatively charged). This would result in the bird exploding with the energy of half a tonne of TNT, killing everything in the vicinity. By this method, the objects will constantly explode and there’ll be no kingdom left for Midas to rule over.

Consider this, what if we reconfigure the subatomic particles in a bird so that they are all gold atoms? Matter cannot be destroyed or created. Now, because gold is nearly 20 times denser than the bird, it will have microscopic voids and will be an awful-looking, spongy gold. However, it will not explode because it is not dense and electrons don’t repel each other. This only works if Midas comes into contact with objects or living things.

But what if he tumbles and comes into contact with the ground itself? The Earth would turn to gold, just like the bird with tiny microscopic gaps. But unlike the bird, these gaps would be significant. Gravity will compact the foamy gold and the gaps will begin to fade away, causing the Earth’s radius to downsize and people to be in the state of a free fall. Then the Earth’s gravity will vanish, and everything will begin to float.

But we won’t be able to float permanently because once the earth reaches the required size, gravity will kick back in and everything will crash to the ground at a speed of 30,000 km/hr making us burst on impact, like water balloons. As the earth implodes supersonically, the kinetic energy of the explosion would be approximately equal to a bomb made of a planet-sized TNT. When the earth’s core is crushed, it reaches temperatures of a million degrees Celsius and everything on the surface begins to pulverize, transforming into plasma and expanding. All life on Earth will vanish!!  This plasma will outshine the sun and after a few days, it’ll cool off and will become a shiny golden ball.

Exploding Earth and outshining the Sun

However, what if neither the density nor the volume of the original object changes during this transformation? Let’s explore-

When Midas hits the ground, the new Earth will not expand or contract but will be much heavier. Because the density of gold is 3.5 times that of the Earth, the new Earth will be 3.5 times massive. As a result, gravity will increase by 3.5 times. Standing alone would be difficult for a normal human being. Our own body weight will crush us to the ground! The trees and buildings will fall, killing people while they do so. There will be no planes or birds flying. But that’s not all; the atmospheric pressure will rise, as well as the temperature (up to 150 C), and the entire surface of the Earth will bake.

As discussed, gold is a malleable material and therefore makes it a very bad mountain material. The height of the mountains will reduce. Mt. Everest would only be 2 km high! This will result in huge landslides and earthquakes along with huge tides. Seas would be only 3 km deep and would cover the entire planet. So definitely this magic won’t work.

HOW AIRFLOW CAN PREVENT YOU FROM GETTING COVID-19?